ANOVA vs T-test: Know how they differ from one another

A statistical test can be complicated, but it verifies & assures the quality of the study. In analytical work, the most critical task is the comparison of data (sets of data) and making interpretations. Inferential statistics, one among the two major categories of statistics, are concerned with making inferences based on the relationships observed in the sample, to that in the population. ANOVA and T-test both are parametric tests performed to check the hypothesis.

T-test attempts to analyse the means of two populations or groups which differ significantly from one another. T-test relies on one random sample of the community, calculates the methods of the example and also examines whether it equals some hypothesized value. It is a test used to analyse whether the two samples are taken from the same group. T-test, called the dependent sample t-test is a statistical method used to define whether or not the mean difference between the observations is zero. It is used when the standard deviation of the population is unknown.

Differences Between T-test and ANOVA

The significant difference between T-test and ANOVA: T-test compares the means of two populations. A statistical technique that compares the methods of two or more than two groups known as ANOVA. 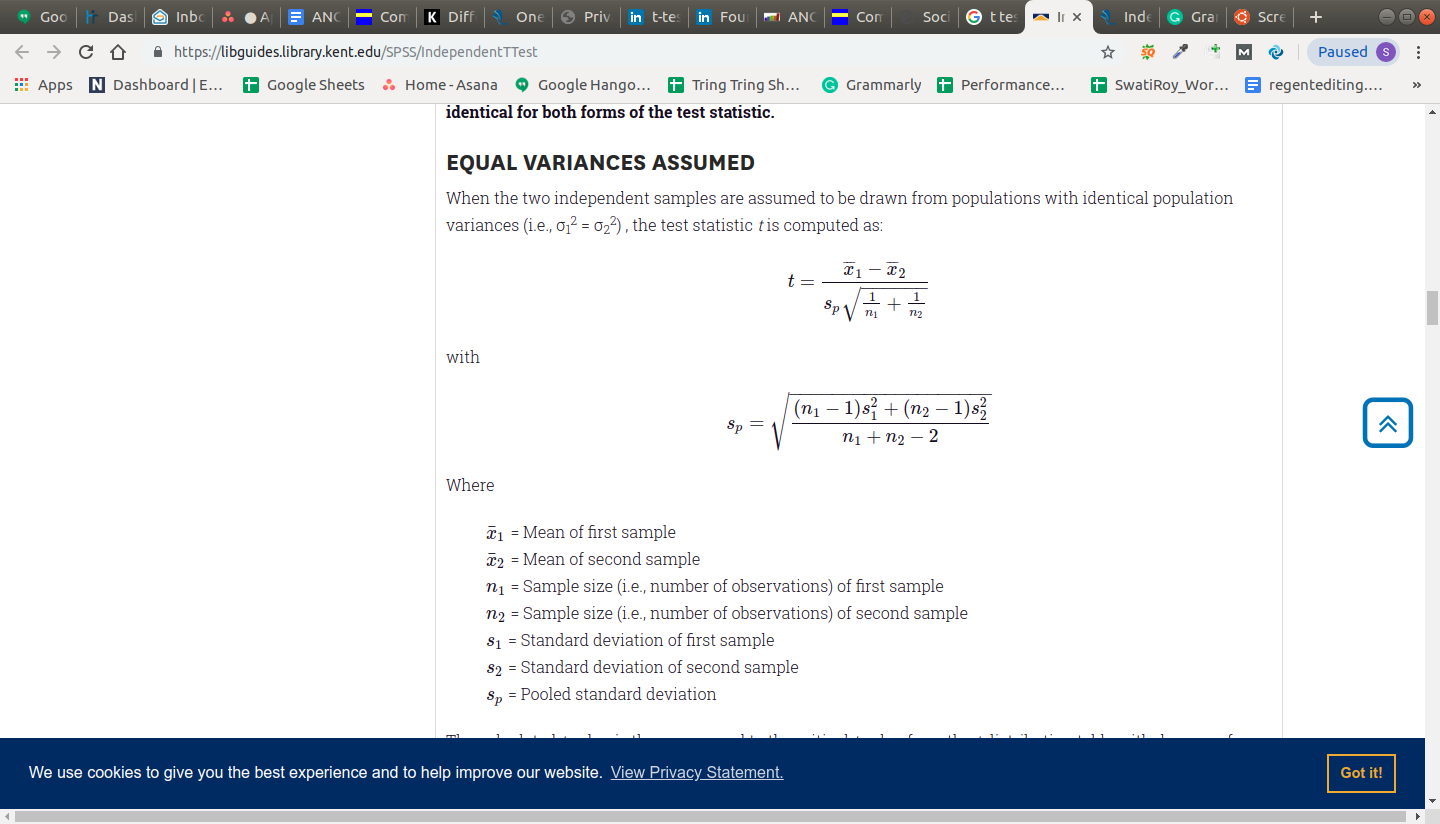 The t-test can be calculated using two different t statistics depending on the statement problem whether or not the variance of the population is known or not :

Case 1: when the variance of the two groups drawn from the population is equal. T-test statistics can be calculated using the following formula:

Case 2: when the variance of the two groups drawn from the population are unequal. T test statistics can be calculated using the following formula: 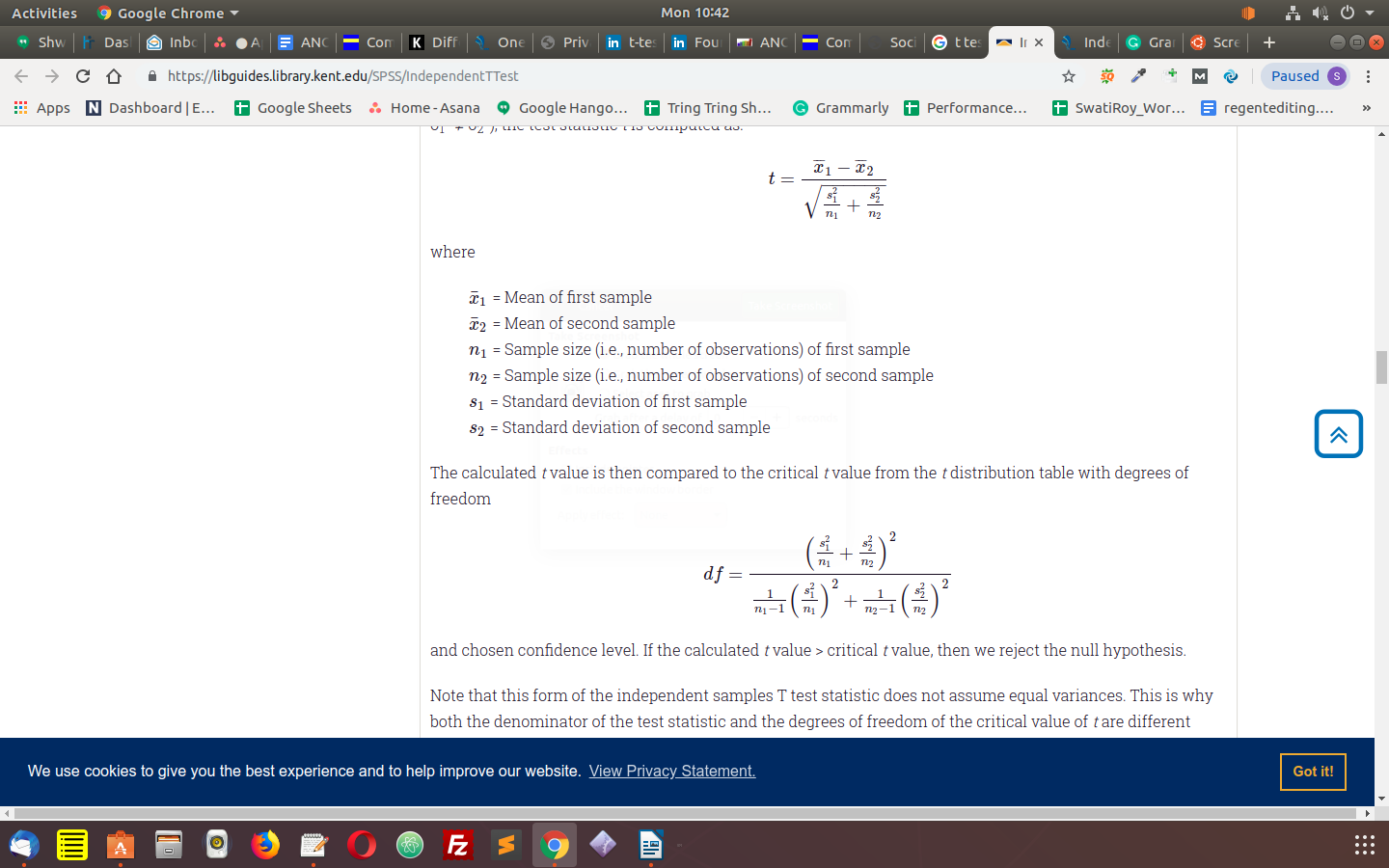 Once the t-test statistics value is calculated using the above formula we then compare it with critical values from the table using n1+ n2 - 2 df (degrees of freedom) and using both t value and critical value we can either accept or reject H0 ( null hypothesis). If the t value is higher or larger than the table value then we have enough evidence to reject the null hypothesis. In all social research carried the thumb rule is to set the error level at 0.05. If T statistics value is positive this signifies that the first mean is relatively higher from the second mean and visa- Versa. 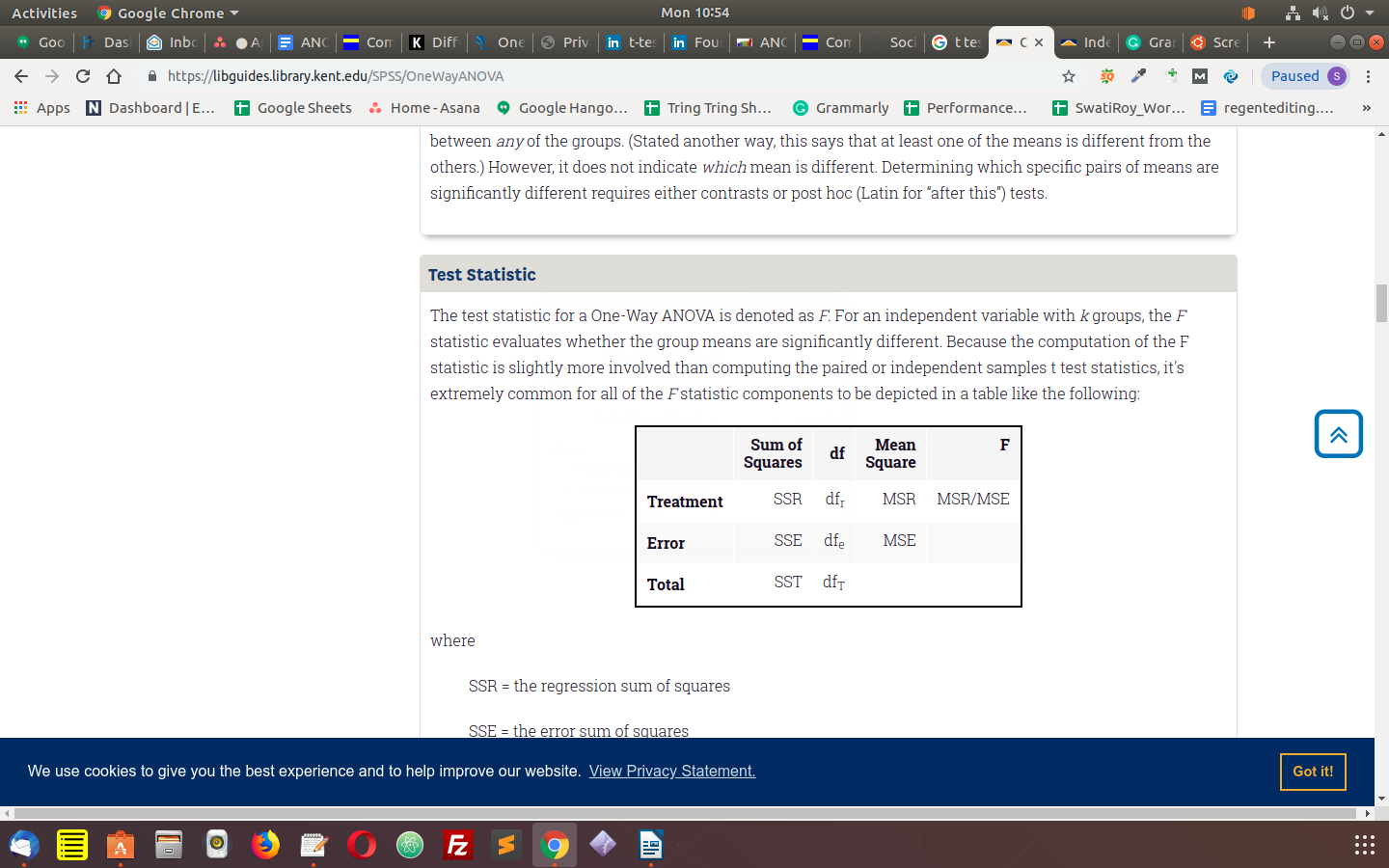 For researchers to interpret the result keep in mind the following  :

Now, to interpret the results we actually need to examine the numerator and denominator which is a good estimator of population variance i.e if the null hypothesis defined for the stated problem is true or not. When the populations are not the same. Then the numerator i.e between-column variance tends to be larger than the denominator i.e variance within the column, the F statistics trends to be higher. This leads researchers to reject the null hypothesis.

Please note that ANOVA only happens to tell that there are differences among the groups not the location of the difference so to check where they lie, we can perform post hoc analysis i.e is a priori contrast to check what is the location of difference. While reading and practising this tutorial, if there is anything you don't know, don't wait to drop in your comments below.